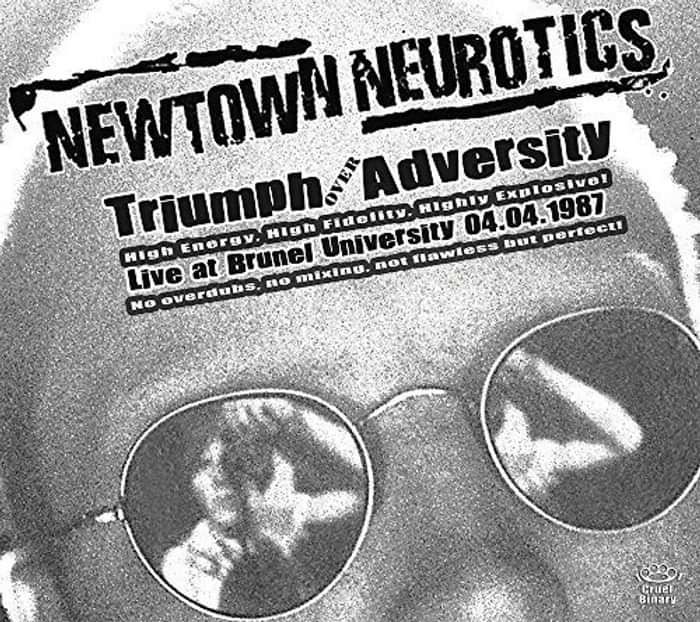 Triumph Over Adversity is a terrific live album, how can it be anything else when the Newtown Neurotics were declared to be ‘One of Britain’s greatest power trio’s by Q magazine in May 2009 along with The Jam, Doves, Stereophonics, Motorhead, Muse, Cream, The Police, ELP and Manic Street Preachers”. The band has long wanted this recording to be released as they feel it lives up to the Q magazine accolade perfectly. The set was also close to being explosive as is explained by the story contained within the sleeve.

The sound quality is excellent, the performance electric, a hour of what punk rock can be and what the Neurotics still are.